When I was starting to look into upgrading my garage lighting, the “experts” said that you needed to have separate fixtures and T8 fluorescent lamps or LED bulbs.

I found a lot of fixtures called “high bay lights.”

If you’ve never heard that term before, you’re not alone.

So what are high-bay lights compared to low bay lights? Which should you use in a residential garage?

As I was digging into the answer, I found three great reasons you never want to use high-bay lights in your garage at home.

First, let’s talk about the difference between high-bay and low-bay lighting.

The Difference Between High Bay vs. Low Bay Lighting

Sometimes called ‘warehouse lights,’ ‘high-bay- lights are designed to be used in rooms with a ceiling higher than 20’ tall. They typically have a tighter beam angle and reflectors to focus the light the longer distance toward the warehouse floor. Those same strengths make them poorly suited for residential garages.

By contrast, low-bay lights are designed for use with a ceiling height under 20′ tall. Low bay light fixtures lack reflectors, resulting in a wider beam angle to spread light out rather than focus it.

So my first question was, what’s wrong with using high bay light fixtures with a low ceiling height?

Well, it turns out there are several reasons why low bay lights are better for your home garage.

3 Reasons NOT To Use High Bay Lights In Your Garage

Reason #1: They Cast Shadows Where You Don’t Want Them

The biggest reason not to use high-bay lighting in your garage is that it will cast shadows where you don’t want them.

Keep in mind that these lights were designed to be used in industrial and commercial spaces, like warehouses and retail stores.

In a warehouse, you want powerful light focused on the floor. You don’t necessarily care about casting shadows on the ceiling because that’s not where people and products will be.

This refers to something called the beam angle.

The beam angle of the light determines if the light is focused into a narrow beam (like a spot-light) or spread wide to cover a greater distance.

Take a look at this picture.

The bulb on the left side projects concentrated light that extends farther away from the bulb. However, this causes shadows to form higher up on the wall.

On the right side, the wide beam angle doesn’t extend the focused part of the light as far down, but fewer shadows are near the light.

This high bay light has a narrow beam angle which focuses its beam more-or-less straight down.

Traditional high bay, commercial lighting typically uses powerful, more focused beam angles because the light has to reach the floor from the high ceilings. In contrast, a residential garage, with lower ceilings, needs to spread out the light to get even coverage over a wider area.

In an apples-to-apples comparison (more on that in a second), a high-bay LED light will use more power than a low-bay light.

A high-bay light will use more power than comparable low-bay lights. This is because it’s designed to output more light over a greater distance (back to the beam angle problem).

For example, the Hykolity LED shop lights that I reviewed output 5200 lumens while using only 40 watts of power. That’s 130 lumens per watt.

But Hykolity’s high-bay LED fixture that outputs 29,250 lumens while using 223 watts still produces the same 130 lumens per watt of power.

Sure, it outputs more lumens of light overall, but they’re all concentrated in one place.

Remember, residential garage lighting aims to spread the light output across the floor evenly, rather than a more focused beam in one area.

High Voltage: High-bay lights can output a ton of light, which requires a lot of power. Some fixtures require up to 480 volts – four times that of a typical house.

Even if you’re looking for really intense light, you may not be able to install these lights without some significant modifications to your house.

Talking cost is a challenge. Something that may cost more initially may actually be cheaper in the long run.

Take Hykolity, for example. They make LED high bay lights that costs $135 per 4′ section, while their 4′ LED shop lights cost around $40.

High-bay lights not only cost more initially but also cost more to operate. This is a lose-lose situation for most homeowners.

Combined with the higher cost of running a 225-watt fixture rather than a 40-watt fixture…suddenly, that high-bay fixture is a massive drain on your monthly utility bill.

I’m not trying to dump on high-bay lights because they have their purpose.

They’re designed for warehouses – not your garage.

The difference between high bay and low bay lights is clear. With the tighter beam-angle and higher initial cost and overall operating costs, high bay lighting just isn’t designed for home use. 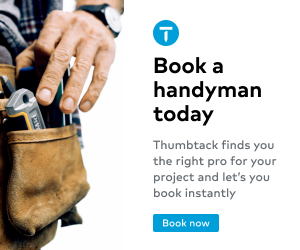